Thousands of people consider themselves “members of the NAASCA family” and are engaged in some 30 programs, services and tools, all FREE to the public. Bill’s NAASCA’s main spokesperson, a passionate and seemingly tireless advocate and activist who’s quite comfortable in the world of media. Now recently “retired”, he had a full-time career in film, TV and journalism.
The all-volunteer National Association of Adult Survivors of Child Abuse operated for years as a grassroots effort, but became a 501(c)3 public charity in late 2015, and it deals with all issues related to childhood abuse and trauma — prevention, intervention and recovery. There’s a significant social media presence.
NAASCA has a single purpose .. to address issues related to childhood abuse and trauma including sexual assault, violent or physical abuse, emotional traumas and neglect .. and it’s done from two specific perspectives: 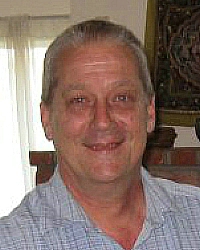 Bill Murray hosts the six-night-a-week “Stop Child Abuse Now” talk radio show, which has now produced some 1600 episodes. Frequent visits from special guests and episodes featuring important related topics are all a part of the series. The shows include chat rooms, and call-in participation is always welcome!

Bill has worked with thousands of survivor, advocates and professional over the years, and invites media contact. Feel free to call him anytime via phone at (323) 552-6150, and be sure to check out the Internet-based talk radio shows: www.blogtalkradio.com/NAASCA

There are no upcoming events.