During times of stress, people often reach for alcohol. A substance long-relied upon for social relief, celebratory occasions, and for pleasure, it is also used as an escape mechanism, or to cope with difficult times, tiring days, or distressing situations. The latter scenarios are played out in all pockets of society—from mothers clamoring for their ‘wine-thirty’ after a long day with their kids, Wall Street financiers hitting the bar after work for whiskey sours, college students partying nonstop after finals week, to union workers gathering at a pub for beers after their shift is done. This socially accepted, popular way to unwind releases inhibitions and temporarily abates worry and anxiety from the day, week, month, or year. In cases of extreme use, these drinking patterns increase and evolve in severity, and problems begin to crop up. This is recognized as Alcohol Use Disorder, which wreaks havoc in the drinker’s life and for everyone around them.

So, naturally, in a year like 2020, faced with the blistering reality of the COVID-19 global pandemic, people are reaching for the bottle more often than not. There is considerable fear of the unknowns surrounding the virus, and it is a time unlike anything we have ever experienced. We don’t know when or if things will ever return to normal.

In order to better understand the dangers posed from indulging in a ‘quarantini,’ or recognizing trouble curtailing alcohol intake, we broke down why people are drinking so much right now, why it could lead to consequences, and what you can do if you or a loved one can’t stop.

Drinking Through the Pandemic

Since the beginning of the pandemic, Americans have been consuming 14% more alcohol than normal, a statistic reported by the journal JAMA Network Open. Nielsen reports a 54% increase in national sales of alcohol in March 2020, and a 262% increase in online sales from 2019. While this is not altogether shocking when considering other times in history that alcohol consumption has increased (after September 11th, during large storms or bouts of inclement weather like hurricanes), this is particularly troubling because of the unique risk heightened by the pandemic. If someone becomes increasingly reliant on alcohol during this time, not only could it progress into a potentially life-threatening addiction, but it could also put them at greater risk of contracting or spreading the virus.

Why exactly are people drinking so much at this time? Surprisingly, it isn’t all related to the anxiety of catching the disease, though that is a major catalyst. Other major worries include:

For all of these reasons, people might be eager for a way to take a mental break to step away from the situation they’re faced with. The monotony of each day being seemingly the same as the country struggles to find the vaccine and keep the economy alive can feel stifling and inescapable otherwise. Absence of other supports, such as therapy or peer support in a workplace environment, can also be a heavy loss for this time when we are all stressed about the pandemic.

Drinking is known to have negative effects on our mental and physical health if done in excess. Binge drinking can be especially dangerous and can lead to a slew of problems, including:

If someone is drinking to excess, their immune system will be compromised. They run a higher risk of respiratory infections. This might make them less able to fend off COVID-19 if they are to contract it. The virus attacks the respiratory system, and can be deadly. Therefore if a person’s health—in particular, their respiratory system—is weakened by their drinking habits, they will be at greater risk of fending it off.

Alcohol is also largely socially accepted in America, and therefore it is not seen as risky compared to drugs. You could even think that drinking at home would pose less chance of overindulging. In reality, if a person drinks at a bar or restaurant, they are more apt to limit their intake in order to drive home afterward. If they are at home, they don’t have to adhere to the legal limit. They are also their own bartender, and can pour heavier drinks than usual, or finish off a bottle of wine without fear of judgment. They also might be drinking in front of a television or computer and lose track of their intake, leading to more drinks.

Without the environmental constructs of a social establishment such as a bar, restaurant, or even with peers at a party or event, there is less accountability in place.

How to Avoid Developing an Addiction

If you or a loved one are stuck at home right now and you are worried about alcohol intake, it’s important to evaluate the situation the best you can. Some red flags to look out for include:

While it can be hard to separate the anxiety and depression brought on from the pandemic blues and what symptoms of alcoholism might be, it isn’t impossible.

If you think there might be a problem, some ways you can cope with stress instead of drinking include:

Staying motivated and busy is very important, as is utilizing available supports. Reach out to old friends or family members to chat instead of making yourself a drink after the workday, and be sure to go outside for walks as often as possible. Maintaining an exercise routine and healthy diet will keep your body feeling strong and healthy, as will a regulated sleep schedule. It is also a good idea to keep alcohol out of the house if it is becoming a problem. 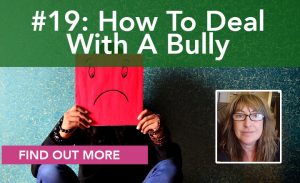 How to help a child/teenager who is being bullied. How to deal with a bully

[embedyt] https://www.youtube.com/watch?v=3Gm-l_9yEIU[/embedyt] In blogs #16, #17 and #18, we discussed the different types of bullying behaviour, who is a bully, the circle of bullying and signs a child/teenager is being bullied. Today, we will explain how to deal with a bully, and how to help the child/teenager who is being 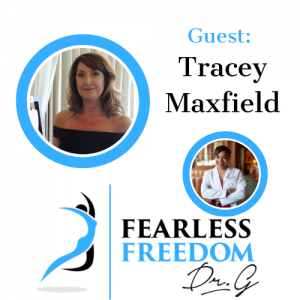 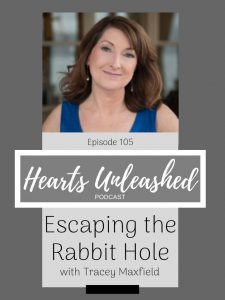 Love this review from my British gal pal!

Truly an amazing book! I concur!!!! I’ve read it myself (as you know) and highly recommend it for ANYONE and EVERYONE! For those who have been there, it puts into words how you may have felt and definitely makes you feel less alone and more understood. For those who have