Blog #7: Mental illness and bullying in children and teenagers

Kids have been bullying each other for generations. Bullying is defined as the physical, verbal, relational, and/or or psychological attacks or intimidation against a person who cannot properly defend him/herself. It includes two key components: repeated harmful acts and an imbalance of power.

Sadly, despite news coverage about the detrimental effects of bullying, bullying behaviour continues to be celebrated in society. Phrases such as ‘toughen up’ or ‘ignore them’ may have worked when you or I were kids, but not anymore.

Today, children and teenagers are facing a new and different type of bullying where bullies are able to utilize technology to expand their bullying reach and the extent of their harm. This phenomenon is known as cyberbullying: the willful and repeated use of computers, cell phones, and other electronic devices to harass, harm, threaten, embarrass or target another person. This can be done by catfishing, trolling, harassment, cyberstalking, fraping, griefing, outing, roasting and flaming. For example, kids can send hurtful texts to others or spread rumors using smartphones or tablets. Teens have also created web pages, videos, and profiles on social media platforms making fun of others.

With mobile devices, they have taken pictures in a bedroom, a bathroom, or another location where privacy is expected, and posted or distributed them online. Others have recorded unauthorized videos of their peers and uploaded them for the world to see, rate, tag, and discuss. Still others are embracing anonymous apps or the interactive capabilities on gaming networks to tear down or humiliate others.

Can you even begin to imagine what it must be like for kids who are being bullied at school and also being cyberbullied? There is no relief ever, not even their own home is a safe haven. Bullying wears down one’s confidence and self esteem and can make a child/teenager feel low and quite isolated.

A child/teenager who is bullied constantly experiences feelings of anxiety, depression, suicidal thoughts and may self harm. If a child/teenager self harms, has an eating disorder or other mental disorder and his/her peers are aware, they may see him/her as different and that increases the likelihood of becoming the target of a bully.

Furthermore, kids who feel they can’t measure up to society’s expectations or who believe that aggression/violence are acceptable between people who care about each other can be very confused and have poor self esteem. Consequently, he/she may succumb to peer pressure and that may increase the chances of becoming a bully, a victim, or a bystander.

In the USA there are approximately 56.6 million kids in elementary and secondary schools:

The impact of bullying on children and teenagers mental health

Research is finding that bullying can affect brain development in children/teenagers. Youngsters who are bullied have smaller brains which directly impacts their learning, motivation, emotional processing and anxiety response. The specific areas affected are the caudate: plays crucial role in how the brain learns, storing memories and using them to influence actions and decisions taken in the future; and the putamen: involved with movements and learning. Any alterations of activity in the putamen leads to worsening of cognitive ability.

When a child/teenager is bullied, the brain/body’s flight, fright, fight response is triggered, and he/she becomes hyper vigilant and suffers undue stress. This increased fear and anxiety becomes an everyday part of life, and he/she will go to great lengths to avoid the bully and places they hangout.

Those who are bullied are at increased risk for mental health problems, problems adjusting to school and social isolation. Bullied students are three to four times more likely to experience insomnia, digestive problems, head to toe body pain, and headaches. Bullying also can cause long-term damage to self-esteem. Studies reveal that children and teenagers who were bullied:

Given that children/teenagers who are depressed are more likely to be bullied it is very important that parents, teachers, peers are aware that there is a strong connection between depression and suicide. As the depression worsens and the child/teenager feels more helpless and hopeless, thoughts of suicide and/or suicide attempts may occur. Of reported cases of suicidal thinking and attempts, up to 29 percent of victims, 22 percent of bullies and 38 percent of bully victims (bullied and a bully) had attempted suicide.

Children and adolescents who are bullies are at increased risk for substance use, academic problems, and violence to others later in life. Children/teenagers who are both bullies and victims of bullying suffer the most serious effects of bullying and are at greater risk for mental and behavioral problems than those who are only bullied or who are only bullies. NICHD* research studies show that anyone involved with bullying: those who bully others, those who are bullied, and those who bully and are bullied are at increased risk for depression.

In 2015, a study* in Finland led by Dr. Andre Sourander, found that children who were bullied frequently when they were 8 years old were more likely to develop a psychiatric disorder that needed treatment as an adult, compared with kids who were not bullied. The scientists also found strong evidence that being bullied as a child put kids at high risk for depression as a young adult. According to Dr. Sourander, when a child is both a bully and bullied by their peers, this is a red flag and can indicate that the youngster has other serious psychiatric problems, and often, these children are at high risk for later adversities in adulthood, including a wide range of mental health problems.

Being bullied frequently is a traumatic experience, and when kids are frequently the targets of bullying, it affects their social, emotional and psychological development. Bullying behavior should be taken seriously by teachers, parents and their peers because early intervention in childhood bullying can help prevent long-term mental health consequences.

What are some negative effects that cyberbullying can have on a person?

Cyber bullying is dangerous and can have a significant and harmful impact upon one’s mental health and wellbeing. Unfortunately, cyberbullying is epidemic especially amongst teenagers and young adults. A September 2018 survey by the Pew Research Center* found that 59 percent of US teens have been bullied or harassed online, and 90 percent of teens believe online harassment is a problem that affects people their age. There are many detrimental outcomes associated with cyberbullying. Many victims (children/teenagers) report feeling depressed, sad, angry, and frustrated. As one teenager said: “It makes me hurt both physically and mentally. It scares me and takes away all my confidence. It makes me feel sick and worthless.” Those who are victimized by cyberbullying also reveal that they are often afraid or embarrassed to go to school. In addition, research has revealed a link between cyberbullying and low self-esteem, family problems, academic difficulties, school violence, and various delinquent behaviors. Finally, cyberbullied youth also report having suicidal thoughts, and there have been a number of examples in the United States and abroad where youth who were victimized ended up taking their own lives.

Any child/teenager who is cyberbullied and/or bullied will likely feel hurt, confused, angry, sad, even betrayed and/or humiliated. It is so very important that the kid can share his/her concerns, fears, and thoughts about what the bully said/did. The adult(s) should listen AND hear what is being said and be non-judgemental, supportive and understanding. Validate the kid’s concerns, discuss strategies to deal with the bully and how to prevent further episodes of cyberbullying, it is also helpful to explain why someone cyberbullies. Two great educational websites for kids are: PBS Kids Webonauts Internet Academy (pbskids.org) and FBI Safe Online Surfing (sos.fbi.gov/).

Honest and open conversations about bullying, especially cyberbullying and cybersecurity should become a regular routine with kids and parents/adults. Sit and talk about the websites, chatrooms, on-line games and social media sites he/she visit, ask if the kid has noticed anything strange or is aware of someone else being cyberbullied. Parents should explain that cyberbullying is very serious and whilst they trust the kid and respect his/her privacy, they will monitor the different sites the kid regularly visits to ensure there is no cyberbullying or privacy breaches.

Parents can also write powerful affirmations and quotes to child/teenager and put in lunchbox, bedroom, sports bag, etc. Or, place a jar filled with powerful and loving notes and encourage your kids to take a note every day. Let your kids know how important and valued they are, how much they are loved. The greatest gift a parent/adult mentor can do is to empower the kid and foster values such as self-worth, compassion, respect and kindness not only for oneself, but for everyone.

Skills Not Pills with Kerri Hummingbird and Tracey Maxfield 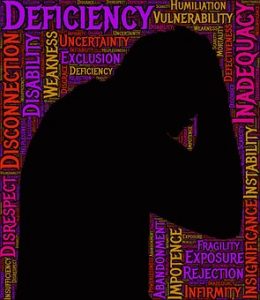 Binge Drinking Effects and How to Stop by Addiction Group

You’ve Got This with Sarah Hanamaker

The 3 Stages of Dementia

‘Dementia Aware: What you need to know’ about the 3 Stages of Dementia Dementia will affect each person differently. Its impact can depend on the type of dementia the person has and what the person was like before the diagnosis: personality, lifestyle, relationships, physical health, mental health and health history.

A Great Conversation About Bullying in the World with Dr. Suzanne Henwood, New Zealand