Dementia aware: what you need to know about concussion and the risk of developing dementia

What do football players, soccer players, ice hockey players and soldiers have in common? They are all at increased risk of experiencing repeated concussions, also called traumatic brain injury, and consequently, have an increased risk of developing dementia: early onset Alzheimer’s disease or chronic traumatic encephalopathy (CTE).

For decades, it was generally accepted that most boxers develop punch-drunk syndrome or boxer’s syndrome (dementia pugilistica) because of the number of blows to the head (concussions) they sustained in the ring. However, little thought was given to the long-term effect of concussions on other athletes until 2005 when a Neuropathologist, Dr. Omalu revealed that NFL players were at increased risk of developing CTE. Despite attempts to downplay the significance of Omalu’s research, in 2007, 2 significant events occurred:

Both men had sustained multiple blows and hits to the head (concussions) throughout their professional careers; both men had chronic traumatic encephalopathy (CTE).

Unfortunately, CTE is not limited to professional contact sports, it can also affect anyone involved in any sport where a concussion can occur. The youngest person reported to have CTE is 17yr old Nathan Stiles who died after sustaining a concussion at his high school homecoming football game. Throughout high school he experienced multiple concussions, but as there was no post concussion protocol implemented at the school, he never took a sick day and continued to play, year after year, hit after hit, until that fateful day in October 2010. His autopsy revealed he had CTE.

What you need to know about concussion:

How to reduce your risk of concussion:

Besides all the obvious dangers of concussions, increasing evidence shows that repeated concussions can lead to early onset dementia. With 3 or more concussions, the risk of early onset Alzheimer’s disease or CTE increases 5-fold.

Chronic traumatic encephalopathy (CTE) is a progressive degenerative disease of the brain usually caused by a history of repetitive brain trauma e.g. concussions. Trauma to the brain can cause a build up of an abnormal protein called tau which slowly kills healthy brain cells, the neurons (see 5 common dementias). The most common signs of CTE are mood and behavioural changes, memory loss, slurred speech, parkinsonism and gait impairment, and impairment of executive dysfunction (planning, thinking, behaviour control) (concussionfoundation.org).

Effects of concussion on the person with dementia:

There is no evidence that a single concussion increases risk of dementia and similarly, not everyone with a history of repeated concussions will develop early onset Alzheimer’s or CTE. However, the more injuries to the head one experiences, the more susceptible that person is to develop some form of dementia. Therefore, promoting and ensuring safe brain health should be high on everyone’s list: young and old.

Challenging the behavioural paradigm: the right to express yourself by Leah Bisiani MHlthSc., RN1., Dementia Consultant

Two Dates and a Dash with Matt Cubbler

“YES, AND . . .” with Jennifer Whitacre and Tracey Maxfield 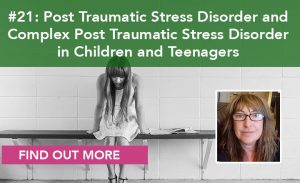 When we hear the word PTSD, images of soldiers and veterans spring to mind. For decades, people associated post traumatic stress disorder with terrifying events that occurred during a war, in fact, until the 1980’s this stress disorder was known as ‘shell shock’ or ‘battle fatigue.’ The reality is that