Dementia Aware: what you need to know about the National Dementia Strategy

Canada will remember June 22 as a milestone in the fight to combat dementia.

On Thursday, just before they recessed for the summer, MPs passed Bill C-233, a national strategy for Alzheimer’s disease and other dementias.

Canada is the 30th country to develop a national strategy to address the overwhelming scale, impact and cost of dementia. “For the more than half a million Canadians living with dementia and their families, this is an important milestone,” said Pauling Tardif, CEO of the Alzheimer Society of Canada.

‘A national strategy enables a coordinated approach to tackling dementia that will impact the lives of those affected in tangible ways.”

As our population ages, the number of people with dementia will climb rapidly. This has the potential to overwhelm the health care system which is already ill equipped to respond to the challenges of dementia. Research is necessary, but we must ask ourselves this question:

“what if we have no cure for Alzheimer’s Disease in the next 10-15 years? What happens then?”

Dementia needs to be recognized as a Provincial and Federal health care priority now. We need to develop a more ambitious public approach to dementia, and municipalities, regional districts, community organizations and the business communities need to work together to provide a range of solutions to deliver improved quality of life for people with dementia, and their caregivers.

Without a medical breakthrough, dementia is set to become the most significant social and economic challenge of the 21st century.

For over a decade, numerous groups including the Alzheimer Society of Canada, the Canadian Medical Association, dementia care advocates, people with dementia, caregivers and families across Canada have been calling on the Federal Government to create and implement a National Dementia Strategy in response to the dementia crisis.

To help you understand what the Federal Government’s response has been to the dementia crisis so far, here is a quick synopsis:

What does a national strategy mean for people with dementia?

It enables a coordinated approach to tackling dementia in Canada that will impact the lives of those affected in tangible ways (Pauling Tardif, CEO of Alzheimer Society of Canada, 2017). It will also begin to address the overwhelming scale, impact and cost of dementia.

To develop and implement this strategy, the Federal Government will need to work jointly with the provinces and territories, as well as health stakeholders, other organizations, and the Alzheimer Society of Canada.

Most importantly, to be a true dementia strategy, the Government should establish a consultation process with people living with dementia, the caregivers and families.

The benefits of a National Dementia Strategy include: 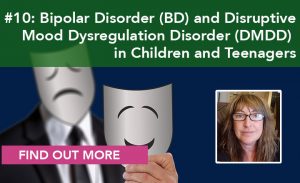 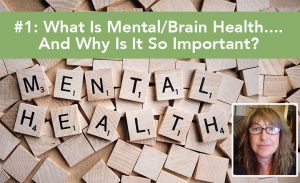 Blog #1: What Is Mental/Brain Health, And Why Is It So Important?

﻿   What is Mental Health? In the past few years, there has been a lot of dialogue about brain health or mental health. Many people still have difficulty acknowledging that brain/mental health is an essential component of physical health, of life, and consequently, those of us living with a

Love this review from my British gal pal!

Truly an amazing book! I concur!!!! I’ve read it myself (as you know) and highly recommend it for ANYONE and EVERYONE! For those who have been there, it puts into words how you may have felt and definitely makes you feel less alone and more understood. For those who have

Dementia and the Senses

Dementia Aware: What you need to know about dementia’s effect on the five senses   As we age, many different changes occur in the body, including changes in the sensory organs that enable us to see, to hear, to touch, to smell and to taste. With some modifications to the