Dementia Aware: what you need to know about dementia myths and misconceptions

Advances in health care and technology has enhanced longevity, and people are healthier and living   longer than ever before. This has resulted in an increased prevalence of dementia (Alzheimer’s Disease International & WHO, 2012). Dementia is highly stigmatized and universally feared. It is often perceived as a normal part of ageing and that people with dementia do not live a normal, happy life and will become unpredictable, aggressive and/or wander. These misconceptions have resulted in many people not seeking diagnosis and treatment, and those already diagnosed with dementia feeling shame, fear and embarrassment, becoming socially isolated and reluctant to ask for help. By promoting a better understanding of dementia, raising public awareness and engagement, including respect for the human rights of people with dementia, and dispelling these myths and misconceptions, we can reduce stigma and discrimination and foster greater participation, social inclusion and integration for all people with dementia.

Whilst the number of people with dementia is growing as the world population ages, dementia is not a normal part of the ageing process. Certainly, the prevalence of dementia increases with age, for those over 80 years old, the prevalence is higher than 20% and it continues to climb to over 30% in those aged about 95years old. However, dementia can occur in people as young as 30 years old, and many people with Down’s Syndrome develop dementia at a much younger age (approximately 55 years old). Recently, there has also been an increased incidence of men (often professional athletes) aged 40-75yrs old being diagnosed with probable CTE (chronic traumatic encephalopathy), and most people with early onset Alzheimer’s Disease usually develop symptoms of the disease in their 40’s and 50’s. A recent study in the U.K. identified 43,000 people under the age of 65 are living with Young Onset Dementia (YOD).

Dementia is a syndrome due to disease of the brain, usually chronic, characterised by a progressive, global deterioration in intellect including memory, learning, orientation, language, comprehension and judgement (W.H.O. 2016). There are over 100 types of dementia of which Alzheimer’s disease is the most common. Other types of dementia include vascular dementia, Lewy Body dementia and frontotemporal dementia. Because each dementia affects the brain in different ways, they produce different symptoms; however, the 3 most common symptoms all dementias share include: loss of memory, mood changes and communication problems.

Dementia affects each person differently and each person will react to events and circumstances in his/her own way. Whilst most people with dementia will experience some behavioural changes e.g. overreaction, hoarding, repetition, disorientation, sundowning, not everyone will become agitated and/or aggressive. Most often behaviours are a result of increased confusion and/or anxiety and fear due to changes in the brain, as well as frustration from a decline in the person’s ability to process information and communicate his/her needs. Behaviour is usually an expression of an unmet need e.g. thirsty, in pain, fatigued, and it is important to try and understand why the person with dementia is behaving in a way.

People with dementia can function, can have quality of life and can enjoy activities; in fact, many people live meaningful, happy, fulfilled lives. Quality of life is possible by making some lifestyle choices:

As the dementia progresses and more help is required, people with dementia can still participate in activities (modified to meet one’s ability and need), they can still feel joy, laugh, smile, give and receive love, they can still be in the moment and share that moment of their life with others. 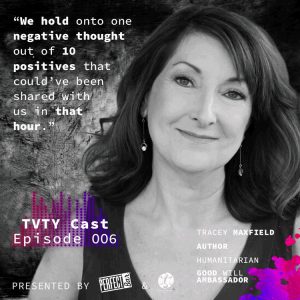 Check out episode 6 of the TVTY (tiv-ity) Cast below and follow the podcast here!

Other People’s Shoes with Neil Matthews and Tracey Maxfield

crothfam67 5.0 out of 5 stars  I now have a better understanding and insight into how badly this affects them 15 June 2018 Format: Paperback |Verified Purchase For anyone who is suffering from, or knows someone suffering from, depression this book is a must read, It is a frank and honest 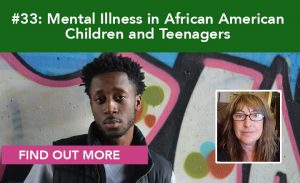 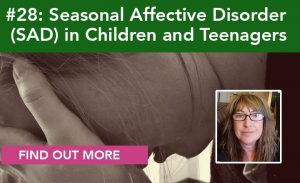 Seasonal Affective Disorder (SAD) or winter depression as it is also known, is a form of depression that follows a season pattern and appears and disappears at the same time each year. SAD appears when winter approaches and daylight hours become shorter and when spring returns and days become longer,