Although humans are naturally social, isolation can be thrust upon people for one reason or another. Over the last two years, the effects of COVID-19 have certainly shown us how great that negative impact can be. The unknowns of the disease made it incredibly difficult to stay connected, which was especially true for those in recovery for substance abuse.

Regardless of the current state of the world, it is nothing new that a preference for isolation is not the norm. Too much time alone can negatively affect those who have no choice but to deal with it. Read on to gain a better understanding of isolation and its effects on mental health.

Why Does Isolation Happen?

Isolation has a variety of causes. It’s estimated that three out of five Americans deal with loneliness. Some health care professionals have called this an epidemic, and it’s something to pay attention to because it can affect people in negative ways.

It might seem strange that there are lonely people in one of the world’s most populated countries. The United States may have many people, yet most of them don’t know each other. You can probably relate to sitting in a group of people and not knowing a single thing about any of them. That’s something a lot of Americans experience.

You can find this phenomenon in nearly any setting, be it college or the workplace. Many people just keep to themselves and choose not to bother others. The truth is that striking up a conversation to create a friendship is hard for people.

For the most part, the friends you make when you were young are the friends you keep for life. The problem is that life happens. People get married, have children, and move away, and all these changes break friends apart. They might still talk to each other here and there, but they don’t hang out like they used to.
You might think loneliness goes away when you find a partner, but that doesn’t happen for everyone. Not everyone ends up with someone to love and have children with. Finding the right person isn’t so easy. While movies and TV shows popularize the romantic idea that there’s someone for everyone, it’s becoming more common for people to live on their own.

Most of the isolation people experience stems from these two realities. Americans and people in general don’t connect that easily, and life can put you in a situation where you know no one. As bad as it might sound, a lot of people go to work, return to an empty home, and perpetuate that cycle. Maybe some of them go outside to exchange a few pleasantries with neighbors, but their acquaintance stops there. These folks might spend most of their time and holidays alone, and that affects people in more ways than some might imagine. As you can see, isolation happens for various reasons. Pandemics have caused people to become even more isolated from others.

How Does Isolation Affect People?

Isolation is not natural to human beings, and it can lead to many problems. Some people may be more comfortable alone, but it’s not the norm. One of the most alarming findings is that isolation can lead to substance use disorder. People alone are more susceptible to smoking tobacco, drinking alcohol, and using scarier drugs like heroin or cocaine.

Granite Recovery Centers knows about this because we’ve seen it here. Through our treatment programs, we discovered that people can develop a substance use disorder because of loneliness. It may seem like a harmless state of being, but it can start to eat at you. Things can get even worse if a person has recently gotten sober.

This concept is already out there in popular culture and as seen in Hollywood. You can see how isolation can lead a person to use alcohol or some other kind of drug. For example, “The Shining,” which is one of the most haunting horror movies ever made, focused on a family man who was an alcoholic just getting sober. It seemed like he was recovering, but isolation hindered his fight against his substance use disorder. Of course, this was a horror movie, so it took major liberties. There were ghosts involved and much more, but the idea that isolation caused the man to fall back into his substance use disorder is there.

The reason that isolation affects your mental health varies from person to person, but it could include some of the following:

It’s easy to see why some people turn to drugs. All these emotions are hard to bear, especially if your loneliness lasts for years or even decades. Drugs provide an escape. They provide a distraction that allows you to forget how lonely you’re feeling. We understand that this can happen to people.

Loneliness can feel like a bitter void you’ve fallen into and you can’t escape, and any rational person will try to escape this void. The regrettable part is that drugs can lead to substance use disorder. But don’t worry — our team is here to help when you need us. Our team cares, and they’re trained to provide evidence-based treatment programs to help you get control of your life.

Isolation doesn’t only make some people more susceptible to a substance use disorder. It could also lead to obesity as people may eat more or eat the wrong things when they’re bored. It may even turn to food addiction. Of course, you can see how obesity might follow that, adding health risks like heart disease or diabetes.

Being alone also hurts a person’s mental health in other ways. Family, friends, and companions are there to support you, to help you see your mistakes, help you learn, encourage you, or enlighten you somehow. These people can bring you happiness. You miss these connections when you’re alone, which can affect your mental state. If you’re lonely, you could feel depressed because of this and develop unhealthy habits since there’s no one there to check on you.

One habit that loneliness can lead to is online addiction or even a gaming addiction. But the digital world can also be a good thing. It depends on how it’s used. The internet has been able to connect people even if they aren’t in the same state. The connections could be genuine or not. When they are genuine, lonely people become a little less lonely. People can make friends when it is impossible to socialize in any other way. Some people have even met significant others through dating sites, chat rooms, social media platforms, or games.

People who have trouble connecting in real life may find it easier to do so online. Maybe the ability to talk without the pressure of saying the right thing or looking a certain way helps people connect online. Many real relationships are born online these days.

Some say these relationships are pretty strong because the people involved met online first. The potential partners have to talk to each other before they meet in person. People share secrets, connections are fortified, and it’s all made possible because the person is talking through a screen. After trust is built and the people meet in person, things seem much easier. This is not to say that there isn’t a dark side to this tale. Some people develop an unhealthy dependency on online connections. Some people never make the effort to meaningfully connect with people. Instead, they just meet as many people as possible without forming anything special. This could make it hard for a person to feel less lonely even when they’re online, which leads them back to the problem of loneliness.

The truth is that isolation can’t be solved without taking steps to solve it. The good news is that there is something you can do.

We encourage you to help others who are lonely. As you can see, isolation can be harmful to your mental state or the mental state of someone you know. We’ve personally seen the dangers of loneliness, and we want to help. The better we address loneliness, the more effective we’ll be at curbing substance use disorders.

The first thing you need to recognize is that connecting with others is difficult to do when you’re out and about. You can’t just go up to someone and create a friendship. You can try, but it may not work. This isn’t to say that this strategy hasn’t worked for someone out there, but it is a hard way to get acquainted. People don’t expect to make connections in their local grocery store. You have to recognize there are places where people are more open to meeting new people and other places where they’re not.

You may be thinking of a party or something like that, and while people that attend parties want to meet others, it’s not usually for a lasting relationship. Plus, you only have a little time to spend with the people you meet at parties, making it hard to form anything meaningful. The truth is that you need a place where you can spend days, weeks, or years with the people you meet.

Some common places where people are willing to make friends are your local community center and church. The people there are typically happy to meet others and make a connection. What’s more is that the people who frequent these places come all the time, and that allows you to see them often. You need time because if you want a long-lasting relationship, you have to get to know another person for a while.

Another place where people are willing to open up is in school or college. Maybe all you need to do is take a few classes every year to give yourself a chance to meet someone new. This new person might be in one of your classes, or maybe you’ll meet them during lunch. Since you and the person you meet will be in school for some time, you should have enough time to see if you click with this new person.

When you find people you click with, you have to take things to the next level. This means meeting for an outing. It doesn’t have to be a romantic connection; it could just be a connection between two friends. What you have to keep in mind is that the people you’re meeting might be as lonely as you are, so they’re looking for connections, too.

Yes, it’s going to be strange to make connections at first, and sometimes, it might not work. Making friends is hard for you and every other adult out there, but that doesn’t mean it’s impossible. All you have to do is keep trying to meet others.

If isolation has already done a number on you, then it’s important to seek help. If, for example, it’s caused you to develop a substance use disorder, then we’re here to help you at Granite Recovery Centers. You can overcome the negative outcomes associated with loneliness because you can combat this unpleasant feeling with a little effort.

PrevPrevious ArticleAlcohol Consumption During COVID by Granite Recovery Centers
Next ArticleDisinhibited Social Engagement Disorder (DSED): What It Is, Symptoms, & Treatments By E. Patterson & B. TroyNext

Discover Your Talent – Do What You Love with Don Hutcheson 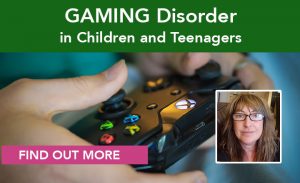 [embedyt] https://www.youtube.com/watch?v=5a-RIc-5OY0[/embedyt] There is a new form of addiction that is affecting children and teenagers in droves. It is considered more addictive and challenging than alcohol and cigarette smoking. It is called gaming disorder. Whilst this addiction is not yet identified as a mental disorder in the DSM-5 (Diagnostic and