November is National Native American Heritage Month in the USA and I thought this is a good opportunity to not only talk about mental illness and suicide in Native American and Alaskan Natives children and teenagers, but also to highlight mental illness and suicide in other indigenous populations around the world. Mental health is multi dimensional and embedded in cultural, historical, spiritual, psychological, structural and social domains. Western style health care which is based on the medical model is often in direct conflict with the person centrered approach and cultural and spiritual needs of the indigenous child/teenager. Furthermore, increased ethnic discrimination is a strong contributory factor to poor mental health and well being.

USA
Approximately 1.2 percent of the US population identifies as Native American/Alaskan Native, and of those, 21 percent had a diagnosable mental illness in the past year. This is over 830 thousand people, enough to fill every major league baseball stadium on the East Coast TWICE. There are 554 federally recognized tribes in the US which include 226 native villages in Alaska. Cherokees comprise the largest tribe

We know from previous blog posts that traumatic events, toxic stress and ACEs (adverse childhood events) all contribute to the likelihood of a child/teenager developing a mental disorder/illness. Also, research has shown that over the last few centuries, Native American/Alaskan Native people have experienced significant challenges due to the impact of colonization. For example, the breakdown of families, communities, loss of language, culture and traditions, socio economic factors, exposure to abuse (intergenerational transmission of trauma). This disempowerment and oppression, historical trauma plus ACEs have all contributed to the higher rates of depression, PTSD and other mental illnesses and higher rates of suicide among native youth. Among other issues, underage drinking increases the risk of suicide and homicide, physical and sexual assault, use and misuse of other drugs, and is a risk factor for heavy drinking later in life.

From 2003-2011, Native American/Alaskan Natives were more likely to need alcohol or illicit drug use treatment than persons of other groups by age, gender, poverty level, and rural/urban residence
In 2012, almost 69 percent of native youth aged 15 to 24 who were admitted to a substance abuse treatment facility reported alcohol as a substance of abuse compared to 45 percent for non-AI/AN admissions

Studies have found that the preventative interventions that work best concentrate on improving the child/teenager’s relationship with parents, family, peers and teachers and enhancing the quality of child/teenager’s interaction (bonding) with the environment and community. We also know that teenagers who identify with their culture are less likely to drink alcohol. Specialized programs that help support the NA/AN child/teenager and family vary amongst tribes and reservations, however, the most common programs include:

According to Leach (2006), “accumulative stress often occurs when an individual is trying to adjust to a new culture. This stress can manifest through the victim’s feelings of marginality, depression, anxiety and identity confusion.” The effects of colonization include:

Australia
Indigenous Australians, Aboriginals and Torres Strait Islanders, comprise three percent of Australia’s population. Research has found that health problems especially mental health problems are 2.7 times higher among the aboriginal community. For example, 80 percent of suicides in youth age 10 to 24 yrs. were aboriginal and in any given year, at least 95 percent of aboriginal people are affected by suicide. In fact, it has become the ‘new norm’ where kids feel it is the only coping mechanism they have left. Factors that contribute to the increase in mental disorders and suicide include poverty, racism, deplorable living conditions, contagion effect, exposure to violence/abuse and lack of understanding between western and indigenous concepts of mental disorders. The general consensus is that these suicides are directly related to trauma which has been passed on from generation to generation, marginalization and the subsequent suppressed rage and hostility. Research finds that prior to 1980, suicide and self harm amongst the aboriginal population was almost non-existent, in fact, there is no word on their language which describes suicide.
According to Professor Pat Dudgeon, Bardic woman and Australia’s first Aboriginal psychologist,
“youth suicide is not just an issue for Australian indigenous people but other indigenous people from Canada, the USA and New Zealand, as well. And the one thing… in common is the story of colonization”

New Zealand
Indigenous populations in NZ comprise Maori and Pacific peoples and presently, the country is in the midst of a tsunami of mental illness, addiction and suicide. In fact, NZ has one of the highest rates of adolescent suicides and the suicide rate in Maori youth is 40.7 per every 100,000. In fact, NZ has been without a suicide prevention plan since 2016. Contributory factors to the increase in suicide includes the influence/effect of social media and bullying. New Zealand is recognised as having the poorest response to bullying in school globally. 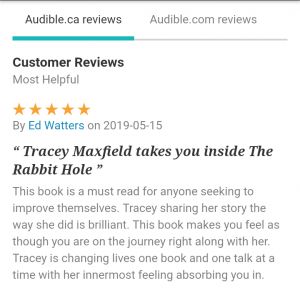 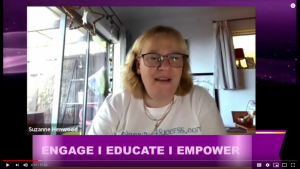 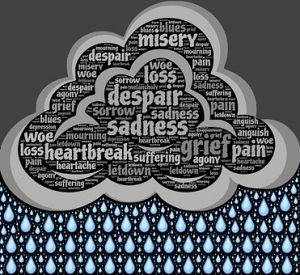 The 5 Stages of Grief and Bereavement: Overcoming Loss by Jake Irving

“Grief is itself a medicine.” ~William Cowper Grief as defined by Merriam-Webster is: (a) a deep and poignant distress caused by or as if by bereavement (b) a cause of such suffering. But the truth is, it is so much more than this. Grief and bereavement have been studied throughout the years