Blog #4: Non-Suicidal Self Injury (NSSI) in Children and Teenagers

Self-harm or Non-Suicidal Self Injury (NSSI) is a deliberate, self-inflicted injury to body tissue resulting in damage, but without any suicidal intent. The injury can be superficial e.g. skin tear, bruising or can be disfiguring with subsequent scarring to skin. There is some debate amongst healthcare professionals about whether deliberate self harm is really an attempt at suicide or a precursor to a suicide attempt. According to Laye-Gindhu and Schonert-Reichl (2005), NSSI frequently occurs in adolescents who, at other times, have contemplated or attempted suicide.

As a result, there is a significant risk of suicide and suicide attempts among teens that engage in NSSI. One recent study found that 70 percent of teenagers engaging in NSSI had made at least one suicide attempt and 55 percent had multiple attempts. However, the non-suicidal and suicidal behaviors serve distinctly different purposes. Some adolescent inpatients report hurting themselves specifically to stop suicidal ideation or to stop themselves from actually attempting suicide. Favazza (2006), conceptualizes self-injurious behaviors without suicidal intent as “a morbid form of self-help.”

Until recently, many social media sites portrayed NSSI as harmless and an acceptable expression of personal distress. Images and posts on Facebook, Instagram and Pinterest became so pervasive and widespread that the number of teenagers requiring medical treatment from self harm injuries rose dramatically. Consequently, in the past few months, pictures depicting self harm, eating disorders, etc. have been removed from these sites and replaced with suicide prevention hotline numbers. Contrary to what many people think, tattoos and piercing are not a form of non-suicidal self injury, but are considered a form of creative, independent self expression, whilst NSSI is a sign of emotional distress and a method of dealing with the distressing thoughts.

Non-suicidal self injury is a global issue and affects every age, gender, socio-economic and ethnic group. It is estimated that 17.2 percent of children and teenagers, 13.4 percent of young adults and 5.5 per cent of adult self harm. In the USA, up to 37 percent of teenagers and 20 percent of young adults (2 to 3 million) admit to self harming to help them cope with extreme stress and emotional pain. Other reasons why a child/teenager self harms is to relieve stress or pressure, to express feelings, to gain a sense of control, to distract and/or purify him/herself, to feel excitement, and/or to cope with anxiety and negative feelings. It might also give the teenager the experience of being “real.”

There are over sixteen forms of documented self harm to the body, however, the most common sites a child/teenager uses are the hands, arms, legs and stomach. NSSI can be:

Self harm or NSSI is not a mental illness/disorder, but is associated with depression, post traumatic stress disorder (PTSD), anxiety disorders, eating disorders, substance abuse, and borderline personality disorder. Other risk factors that increase the risk of self harm include a history of trauma, neglect, or abuse (think back to blog 2 – ACEs). An important point to remember, is that whilst self harm behaviour in children/teenagers with development disorders and intellectual disability is common, it is not considered a form of non-suicidal self injury because the child/teen is not usually cognizant of the behavior.

NSSI is a temporary escape from emotional distress that can result in numerous medical problems and lead to a lifetime of maladaptive coping if the behavior is not addressed and treated. Some of the risks of NSSI include:

Signs your child/teenager may be self harming:

If you suspect of discover that your child/teenager is engaging in NSSI, do not shame, embarrass or scold him/her. Be supportive and understanding, talk with and listen to him/her, try not to become upset or blame others, show compassion and love. Next step is to make an appointment with a doctor and remove any sharp objects, drugs, alcohol etc. If the injuries require medical attention, take the child/teenager to the hospital immediately.

Treatment Plan
According to Peterson, Freedenthal, Sheldon and Andersen (2008), NSSI was previously believed to be a characteristic of severe psychopathology, however it now appears that self-harm is associated with a wide variety of externalizing and internalizing conditions. Therefore, effective treatment is grounded in a collaborative understanding of the function of the NSSI for the adolescent. Affective, psychosocial, biological and cognitive factors are addressed through psychotherapeutic, psychopharmacological and skill-building strategies appropriate for each person.

In my next Blog #5
I will be talking about two mental disorders that are on the increase in children and teenagers: Oppositional Defiant Disorder (ODD) and Conduct Disorder (CD).

PrevPrevious ArticleBlog #3: The Five Most Common Mental Illnesses in Children and Teenagers
Next ArticleBlog #5 Could your child/teenager become a psychopath? What you need to know about Oppositional Defiant Disorder (ODD) and Conduct Disorder (CD) in children and teenagers.Next 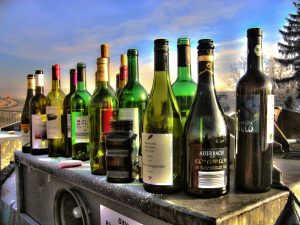 During times of stress, people often reach for alcohol. A substance long-relied upon for social relief, celebratory occasions, and for pleasure, it is also used as an escape mechanism, or to cope with difficult times, tiring days, or distressing situations. The latter scenarios are played out in all pockets of

All About Anxiety: Why Is It Preventing You From Sleeping? by Rose MacDowell 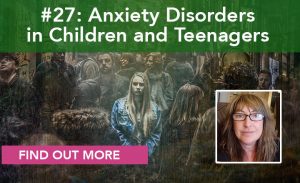 Anxiety Disorders in Children and Teenagers #27

We learnt from blog posts #1 and #2 that a mental disorder or illness is caused by a disturbance in one or more of the six domains of brain function. When we are stressed, anxious, scared or shocked, the signaling domain in the brain is triggered and the flight, fright,