Catherine’s elementary school teacher noticed cuts on Catherine’s arm and asked what had happened. Catherine responded that she had fallen off her bike into some thorns. The teacher did not think any more about it. But later, she noted that Catherine always wore long-sleeved shirts and long pants even when it was hot outside. When Catherine’s sleeve was pulled up accidentally, her arm revealed severe scars. Her teacher sought help by conferring with the school counselor, who then met with Catherine.

In a calm manner, the counselor communicated understanding, empathy and caring for Catherine, thus establishing trust. The counselor asked questions to determine that the cuts were not physical child abuse by an older person, but self-inflicted. She avoided shaming Catherine by stating that she was not a bad person for hurting herself. When Catherine was unable to describe her behavior, the counselor asked if she could write down or draw what she does to herself when she is upset. The counselor’s goal was to not criticize or coerce her into stopping because intimidation usually leads to increased self-hurting behavior, but to find the help she needed.

Self-injury means deliberately hurting yourself without the intent to commit suicide. Other names for self-injury are cutting, self-harm, and self-mutilation. Most self-injurers feel ashamed of what they’re doing and try to hide it from adults and friends. Since self-harm is done in private, it often goes undetected or is explained as being accidental.

Though uncommon, children as young as preschool age have intentionally hurt themselves. Self-injurers come from a broad spectrum of social, economic and racial groups. They can range from being perfectionists to school dropouts. However, as young children, they usually have experienced abuse, neglect, violence, or trauma such as the death of a loved one or involvement in a car accident. They can be males or females, although most are females in their teens or older. A reason for this may be that males tend to display their aggression towards others or inanimate objects. Girls, on the other hand, tend to turn that hurt and pain inward toward themselves.

Self-injurers often lack social skills and may be victims of teasing or bullying. In order to distract themselves from painful emotions, they inflict physical harm upon themselves. Self-injurers may begin with only scratching an insect bite or accidentally cutting their skin, but due to the sense of relief it brings, they continue to injure themselves. Some researchers theorize that the release of endorphins, the body’s natural painkillers, can contribute to continued self-injury. What young children have in common with older children and adolescents who hurt themselves is an inability to verbally express their feelings and needs.

Individuals inflict pain upon themselves to:

The most common methods of self-injury are cutting with a razor blade or broken glass, scratching, picking a wound, burning skin, and pulling hair. Self-hitting and head-banging are usually associated with mentally delayed or autistic children. Excessive piercing or tattooing is not self-injury if the primary purpose is body decoration or to fit in with peers.

Some adults dismiss self-injurers as manipulators and attention seekers, but self-abuse is most often a hidden, secret problem. A myth is that self-abusers want to commit suicide. In fact, the opposite is true. The cutting helps them relieve emotions that might lead to suicide. However, a serious concern is that cutters risk danger each time they injure themselves. They may misjudge the depth of a cut or the wound may become infected.

If individuals who self-harm do not receive professional help, they may develop an addiction. Cutting or other self-injuries can be stopped, but the process usually takes a long time. A referral to a therapist who has expertise in this area typically needs to be made. Through therapy the self-injurers learn that is it okay to feel a variety of emotions and how to express them openly. A therapist teaches them alternative behaviors so that they can release their tension in harmless ways. Methods a therapist might share include relaxation and breathing techniques, meditation, exercise, art, writing, or singing. Support groups may also be beneficial. The self-injurer needs to understand the underlying motives for their behavior and take responsibility for, and control over, their actions.

What can parents and teachers do?

“>Used by permission of the author, Leah Davies, and selected from the Kelly Bear website [www.kellybear.com]. 4/04

PrevPrevious Article7 videos in 7 days discussing mental illness in children and teenagers
Next ArticleChild Abuse – the root of many of life’s problems Hidden in Plain Sight by Tracey Maxfield – NAASCA Ambassador for B.C. CanadaNext 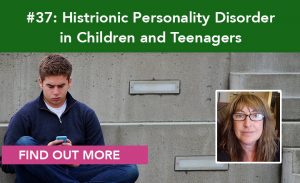 crothfam67 5.0 out of 5 stars  I now have a better understanding and insight into how badly this affects them 15 June 2018 Format: Paperback |Verified Purchase For anyone who is suffering from, or knows someone suffering from, depression this book is a must read, It is a frank and honest