Dementia Aware: what you need to know about falls risk in people with dementia

Across North America, every 11 seconds, one person, age 65 years or older, is treated for a fall in the emergency department. This means, on average, 7,855 older people fall daily, and of those falls, 20 per cent cause serious injury, even death.

The risk of falls associated with dementia in the older person, may be caused by four main factors:

Most falls leading to serious injury and/or death, occur at home or in the garden. The most common areas are:

Many common medications have side effects that are associated with an increase in falls risk. Therefore, it is very important to have your doctor and/or pharmacist review all possible side effects and medication interactions when taking any new medications. Important tips include:

A recent study of 20,852 older people in Germany identified anti-depressants, sedatives and hypnotics as major contributors to an increase in falls risk (Wilner, 2013). These medications cause drowsiness, worsen confusion and affect brain function:

This group comprises many drugs that can be prescribed or purchased over the counter. Anticholinergics should be used with great caution as they have many side effects including drowsiness, poor coordination, confusion, double or blurred vision, agitation, irritability and hallucinations

These are drugs that can cause a sudden drop in BP or worsen an already low BP. Low BP can make someone weak, faint, and/or dizzy which increases falls risk:

The aim of taking a drug to manage diabetes is to lower the blood sugar. However, if the blood sugar falls too low (hypoglycemia) it can cause dizziness and confusion which can increase a person’s risk of falling.

Sometimes, the person with dementia may not know how he/she fell, or may fall when no one else is around. To help determine what may have happened, some caregivers have found it is helpful to ask these simple questions: 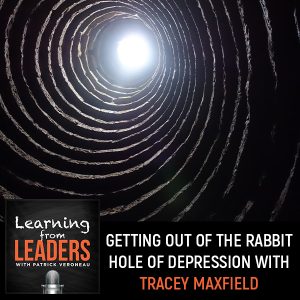 Getting Out of the Rabbit Hole of Depression with Patrick Veroneau

10 Minute Mindset (part one) with Mario Porecca and Tracey Maxfield

Listen to the FULL EPISODE