To truly understand the bully experience, it is important to understand that bullying may not be confined solely to the bully and the victim. Other key people may be involved, some in an active role and others in a passive role and researchers refer to this phenomenon as the ‘circle of bullying’ and comprises of:

Who are the Victims of a Bully?
Whilst any child/teenager may be the victim of a bully, it is thought that kids are usually bullied because of social status, appearance or are seen as being ‘different.’ According to O’Moore and Kirkham (2001), victims of bullies are usually shy, have low-self-esteem and feel isolated from other students. Identified risk factors include:

An important point to mention is that even if a child/teenager has any of these risk factors, it does not mean he or she will be bullied. Fostering a child/teenager’s self worth

Who are Bystanders?
Many people believe that bystanders are just as bad as the bully. Their passive participation sends a message to the victim that bullying is acceptable, and they don’t care. This is not necessarily true, there may be those who want to help, but unless the kids feel they will be supported by the teacher, school staff and other adults then there is little chance they will intervene. Interestingly, research is showing that “even bystanders are often deeply affected by bullying that occurs in their presence. They tend to become desensitized over time to the pain endured by the victims and to develop rationalizations for the bullying rather than seeing it as clearly wrong or undeserved. In fact, when witnessing bullying incidents, bystanders spend as much as seventy-ﬁve percent of that time reinforcing the bullies’ behavior. The result can only be the coarsening of school culture and the further isolation and victimization of the bullies’ targets” (Packman et al., 2011). There are three types of bystanders:

Who are Assistants?
The ‘assistants,’ usually do not start the bullying behaviour, but acts as an ‘assistant’ to the bully by encouraging the behaviour and occasionally joining in.

Who is a Bully Victim?
Recently, there has been an increase in school and workplace shootings related to bullying. The perpetrator, a bully victim. A bully victim is the most dangerous of all bullies. Firstly, he/she was a victim of a bully and nothing was done. Secondly, a bully victim usually has poor social skills and problems with schoolwork and is almost always rejected or isolated by peers. Consequently, he/she will experience more intense behavioural and emotional problems that children/teenagers who are the victim or the bully.

Thirdly, a bully victim can be aggressive and may seek retaliation against those involved in the bullying incidents e.g. school shootings: Columbine, Parkhurst. Children/teenagers who are bullied on-line and at school are twice as likely to exhibit aggressive behaviours and seek revenge. Research has found that school shooters shared a signiﬁcant number of traits and behaviors that are chillingly characteristic of school bullies or their victims, including poor coping skills, lack of resiliency, alienation, dehumanization of others, lack of empathy, intolerance, exaggerated sense of entitlement, low self-esteem, and anger management problems. For example, Eric Harris, one of the Columbine shooters, left a suicide note which read: “your children who have ridiculed me, who have chosen not to accept me, who have treated me like I am not worth their time are dead.”

Signs a Child/Teenager is Being Bullied

Children/teenagers who are bullied and do not receive help are at an increased risk of: substance abuse, mental health problems (depression, anxiety), academic problems, behavioural issues (violence), death by Bullycide, or may become a bully victim. Up to one-third of gay youth have attempted suicide, 29 percent of victims reported they had suicidal thoughts and/or had attempts suicide whilst 38 percent of bully victims reported suicidal thinking and wanting to die.

PrevPrevious ArticleWhat is Cyberbullying? How to Help Children and Teenagers Who are Cyberbullied
Next ArticleHow to help a child/teenager who is being bullied. How to deal with a bullyNext

Hear Why I Am So Passionate about Children and Teenagers Mental Health.

Live and Lead with Kirsten Ross Vogel and Tracey Maxfield 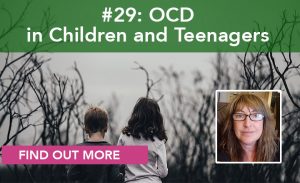 [embedyt] https://www.youtube.com/watch?v=ijZftZEvpcE[/embedyt] Imagine waking up every day and having to wash your hands 50 times before you eat breakfast, or check the door handle 40 times before you leave for school, or redoing a school assignment every time you made an error. Does this make you feel stressed and anxious

I CHOOSE Podcast with Michael Campo