What is Bullying, and What are the Different Types of Bullying Behaviour?

What is Bullying?
Bullying is the use of repeated, aggressive behavior intended to hurt another individual, physically, mentally, or emotionally. It is the use of force, coercion, or threat, to abuse, aggressively dominate or intimidate. The behavior is often repeated and habitual. One essential prerequisite is the perception (by the bully or by others) of an imbalance of physical or social power. This imbalance distinguishes bullying from conflict. Bullies do not need to be stronger or bigger than their victims. Bullying is a subcategory of aggressive behavior characterized by the following three minimum criteria:

In the bully experience, there is:

Who is a Bully?
Research indicates that “those who bully everyday are more likely to have experienced something stressful or traumatic.”

Other Indicators of becoming a bully:

If you are a bully, there is an increased likelihood of:

If you know or suspect your child/teenager is bullying, it is serious and must be dealt with promptly and appropriately.

The key is to be responsive and not reactive, remain calm and objective, listen to the facts, who was involved, what happened, what are the consequences. Talk with your child/teenager privately, do not accuse, threaten, shame, blame others, dismiss; keep tone neutral, observe eye contact, body language and listen to the responses.

If your child/teenager becomes angry/argumentative, do not shout or argue, do not negotiate, you are the parent and role model, maintain your authority and clearly explain bullying is unacceptable and there are consequences. Review strategies to help child deal with conflict, anger, anxiety, etc. If necessary, follow up with physician, counsellor. Speak with school, work together to develop plan of care if bullying is related to mental disorder, stress, being bullied, etc. Be there to support and guide your child/teenager, show love whilst also firmly explaining the ‘rules’ and what is appropriate versus inappropriate behavior.

NB In some states, if your child/teenager is accused of assault, personal injury, malicious acts against another person, you may be found guilty of negligence. 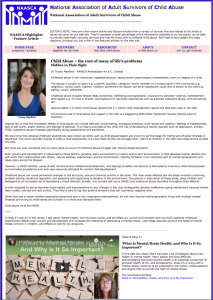 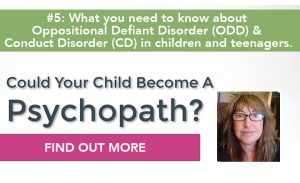 Dementia Aware: what you need to know about driving when you have dementia   Driving is a complex activity involving many regions of the brain working simultaneously. Due to the progression of brain damage, the person with dementia gradually loses the ability to drive safely, and recent studies reveal that