Today, instead of using the term multiple personality disorder, experts prefer the term Dissociative Identity Disorder (DID). Contrary to what many people may believe, DID is a very real and complex mental disorder thought to be caused by major factors involving extreme trauma in early childhood e.g. emotional, physical, sexual abuse, severe neglect.

The International Society for the Study of Trauma and Dissociation characterizes DID by the presence of one or more distinct personalities/identities each of which can take control of a child/teenager’s behaviour at different times.

According to Frank Putman, Psychiatrist: “young children faced with severe sexual or physical abuse or neglect have no effective way of fighting or avoiding the offender…To escape the painful reality, the only tool available during the abusive incident is that of dissociation. Separating mind from physical experience provides a sense of protection…dissociation interferes with the process of memory encoding, so there is little or no memory of the traumatic event” (National Institute of Mental Health).

Whilst dissociation can help children short-term, it will become problematic if it is also used to cope with normal everyday stressors. The continued dissociation of memory, emotions and thoughts can interfere with normal development and ultimately result in long-term problems such as difficulty socializing, etc. Also, those with DID at an increased risk for drug and alcohol abuse. An accurate diagnosis of DID can be challenging as it presents with similar signs and symptoms of other mental disorders such as ADHD, depression, bipolar disorder and schizophrenia. Furthermore, it is not unusual that children/teenagers with DID will also have a second mental disorder such as PTSD, personality disorder and/or conversion disorder.

Treatment
The good news is that with appropriate therapy and supports, children and teenagers with DID have a higher rate of recovery compared to adults. However, it is important to note that the depression and anxiety, especially in teenagers can be quite difficult therefore it is important that treatment options include:

What Can A Parent Do?
Feelings of confusion are normal. It is important to remain patient and calm. Therapy will help and your child/teenager will improve, but it will take some time. What can you do?

PrevPrevious ArticleSuicide: What you need to know to help your children and teenagers
Next ArticleWhat is Bullying, and What are the Different Types of Bullying Behaviour?Next 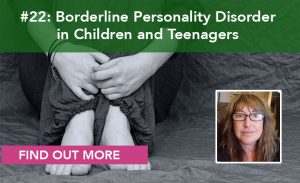 [embedyt] https://www.youtube.com/watch?v=dbvH5eJZQx8[/embedyt] Borderline personality disorder (BPD) also known as emotionally unstable personality disorder (EUPD) is a complex mental illness characterized by a painful mix of emotional turmoil, unstable relationships and self-image, and self-destructive impulsivity. Those with BPD are volatile, very difficult with those close to them and are quick to 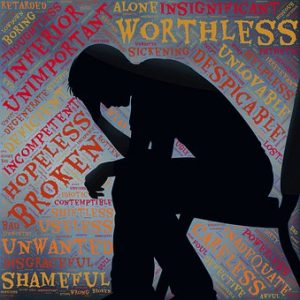 When people think about substance abuse and addiction, they often imagine young adults living with this. While it’s true teenagers are at a higher risk for substance abuse as a group, research done on the elderly population is, to say the least, lacking. Despite the low amount of research, it’s widely believed

I have been reading this awe inspiring book written by Tracey Maxfield RN BSN CDP. It gives a real insight of the day to day struggles of her own clinical depression. I make no apologies for language here – she has gone through a living Hell, and all because of 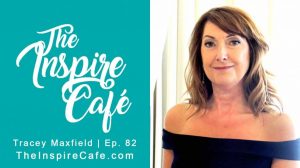 Thank you, Tracey! Just wanted to say again how much I appreciate what your doing about spreading awareness about mental health in our schools. Using your experience to help others is truly an inspiration.  We need more Tracey’s in our world! I want to thank you again for an incredible interview.

Escaping the Rabbit Hole is a frank and often piercing journey of a painful journey with debilitating depression.  Although caring for countless patients throughout her nursing career, Tracey Maxfield came face to face with the one patient who needed her most:  herself!  Her story and brutal honesty helps blaze a